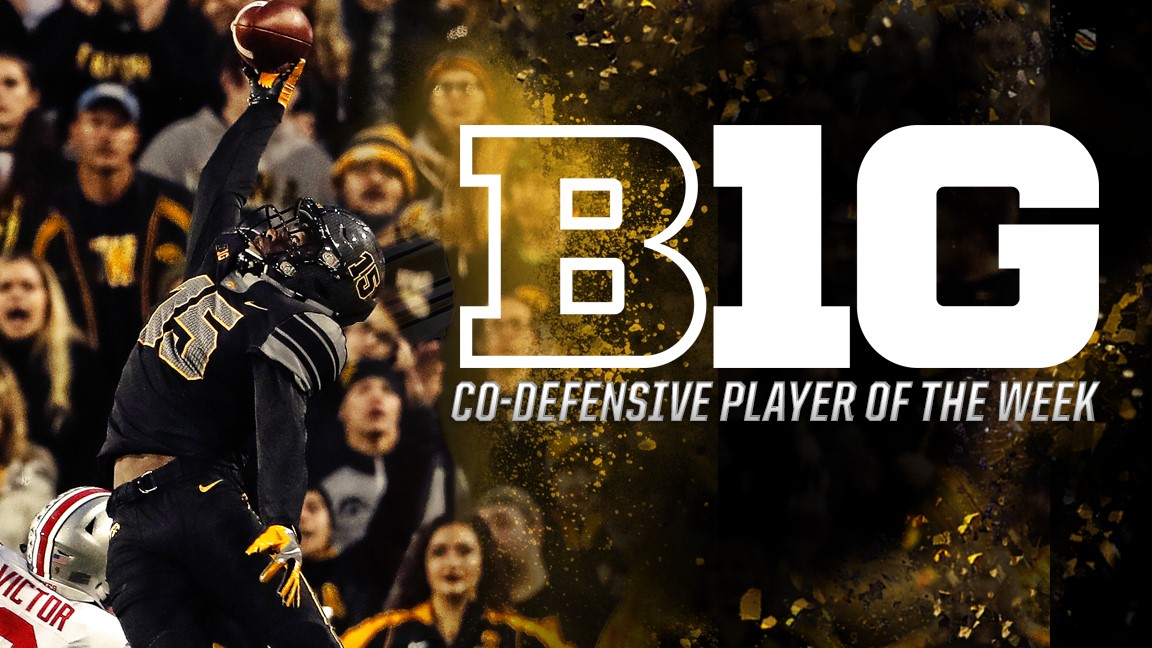 According to University of Iowa media, Jackson (6-foot-1, 192-pounds), a native of Corinth, Texas (Lake Dallas), tied a school record with three pass interceptions (Tyler Sash and Grant Steen), and also added three solo tackles. His first theft led to a touchdown that gave Iowa a 31-17 halftime advantage. His second interception led to a field goal, and his third stopped an Ohio State scoring threat in the fourth quarter. His final interception was also recognized by ESPN as Saturday’s Play of the Day in college football.

Jackson and the Hawkeye defense allowed seven points in the second half and held Ohio State to 200 yards total offense, 22 points below its season averages. Jackson leads the nation in passes defended (15 PBU, 5 interceptions), and is tied for second nationally with 0.6 interceptions per game. Jackson has five of Iowa’s 13 interceptions this season. He is fifth on the team with 36 tackles.

How could we not talk to @HawkeyeFootball‘s Josh Jackson after Saturday night?