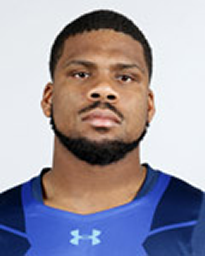 The 64-man list included 19 players from the Southeastern Conference. Williams was one of nine lineman on the list from the Big 12.

The Outland Trophy is awarded each year to the nationâ€™s top interior lineman on offense or defense.

Williams, from Lake Dallas, Texas, has started 24 career games, including all 13 games last season. He started the first 12 games at right tackle and moved to left tackle for the Soonersâ€™ 45-31 Sugar Bowl win over Alabama.

Williams is the second Sooner offensive lineman to land on a preseason watch list; junior center Ty Darlington was named to the watch list for the Rimington Trophy, given annually to the nationâ€™s best center.