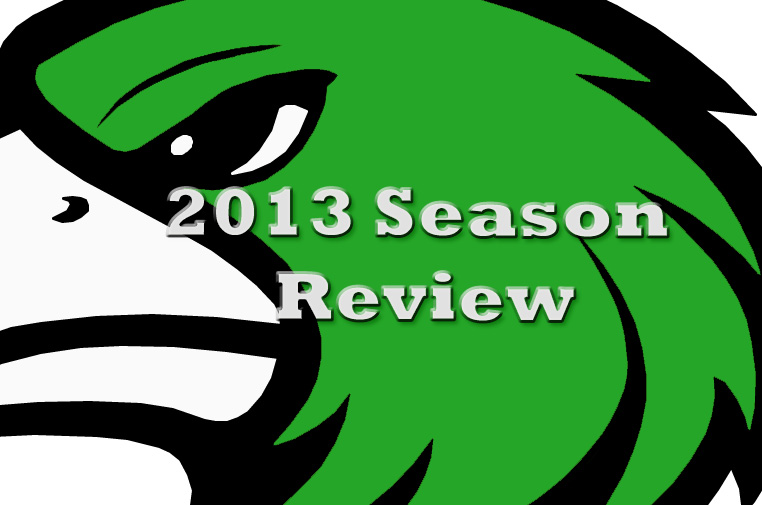 The 2013 Falcon squad had some big shoes to fill after many key players graduated from the year before. The Falcons reloaded with young talent and showed a lot of fight week in and week out. Let’s take a look to see how they did.

The Falcons traveled to Richardson looking to start the season off strong and they did just that. The Falcon offense was led by Iowa commit Josh Jackson who had nine catches for 210 yards and four touchdowns. The game came down to the wire in the fourth quarter when the Falcon defense made a big fourth down stop and then eventually won the game on a Dagan Haehn to Josh Jackson touchdown pass.

The Centennial Titans came to Lake Dallas for the Falcons’ first home game of the year after beating the Falcons 42-14 the year before in Frisco. The Falcons fell behind early by a score of 21-7 but they did not quit and were led to victory by sophomore Dagan Haehn’s 300+ yard passing performance and Keegan Brewer’s 100+ receiving yard performance. The Falcons stormed back to tie the game and eventually won the game in double overtime on a Dagan Haehn to Brandon Simpson touchdown pass.

Looking for the best start to a season in four years, the Falcons took on Newman Smith at Falcon Stadium. Just like the first game, Josh Jackson was on fire as he caught six passes for 133 yards and three touchdowns. Quarterback Dagan Haehn had another great game going 15-20 and 308 yards. The defense also played well giving up just three combined points in the second and third quarters.

The Falcons opened up district play at Bronco Field in convincing fashion. Sophomore quarterback Dagan Haehn once again played very well as he threw for 187 yards and three touchdowns while also rushing for 96 yards and a touchdown. However, the story of the game was the Falcon defense who was able to stop the Broncos offense in the redzone to prevent the game from getting close.

The red-hot Falcons host the Byron Nelson Bobcats in the district home opener when a wrench gets thrown in the season. Senior wideout Josh Jackson got injured on the Falcons’ second possession of the game. After that, the Falcons had a difficult time generating enough offense to overcome Nelson’s power attack.

The Falcons traveled to Wichita Falls looking for a key win to help secure a spot in the playoffs vs Rider. Unfortunately, Rider’s prolific offense led by Chase London was too much to handle for a Josh Jackson-less Falcon team. The Falcons were down 14-0 in the first quarter and were not able to claw their way back.

The Falcons travel to C.H. Collins on a two game losing streak to face Guyer. Unfortunately, the Falcons were overmatched from the start and playing without their two best wide receivers and running back did not help either. Guyer quarterback and Texas commit Jerrod Heard made it look easy as he racked up 109 of the 321 rushing yards the Falcon defense gave up that night.

The Falcons faced a must win game at home vs the Coyotes to keep their playoff hopes alive after three straight losses. However, the Falcon offense never got rolling and they were ravaged by nine penalties for a total of 105 yards. The Coyotes ran the clock down after getting the lead and the Falcon defense was not able to slow them down as they rushed for 218 yards. This loss prevented the Falcons from making the playoffs which snapped an 11-year playoff streak.

With a playoff bid not on the line, the Falcons still came out with lots of energy and fight vs Brewer. The story of the night was the Falcon defense who forced five turnovers. The Falcon offense also found their stride as they gained 375 yards on the night led by sophomore wide receiver Keegan Brewer’s 171 yards, three touchdown performance.

The Falcons followed up a strong performance vs Brewer with another strong outing vs Azle. Sophomore sensations Dagan Haehn and Keegan Brewer both had big games for the Falcons offensively and junior Josiah Tauaefa had a crucial 49 yard interception return to put the game out of reach in the third quarter. The Falcon defense only gave up 158 yards, and the team as a whole returns 15 starters for 2014.